When the D.C. Divas won the 2015 WFA National Championship in Los Angeles in August, it successfully capped off the Divas’ first ever trip to the West Coast as a complete team. Yet it wasn’t the first time several Divas had made waves playing football in Hollywood. A decade earlier, on August 23, 2005, nine D.C. Divas took part in the 2005 Gender Bowl – a football version of the “Battle of the Sexes” staged at the Los Angeles Coliseum. 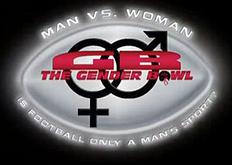 The concept was hatched by National Women’s Football Association (NWFA) owner Catherine Masters and Joel Raatz, who had produced and directed television shows like Blind Date and MTV’s Pimp My Ride. Raatz signed on to produce a documentary-style reality show that would cover the teams’ preparation for the Gender Bowl as well as the game itself.

The premise of the Gender Bowl was simple. Several former high school football stars, now aged anywhere from 30 to 48 years old, were lured in by the promise of “one last shot at glory.” These men were described as having missed their shot at pro football, for one reason or another, and now they were going to take part in a reality-show style event in which they trained to get back into shape and assemble into a football team for their one big missed opportunity – a title game for bragging rights in a pro football atmosphere.

All throughout their training, the men naturally assumed that their eventual opponent would be another team of former high school stars, also looking for redemption of football careers cut short. In truth, their opponent would be an all-star team of women from the NWFA, who were eager to prove that women could hold their own against men on the football field.

Although the women’s team was billed as the NWFA All-Stars, it mostly consisted of players from the Pittsburgh Passion – the NWFA team that was first contacted about the idea – and the D.C. Divas. The NWFA All-Stars’ roster was supplemented by two local Los Angeles teams, the Antelope City Bombers and the Orange County Breakers, both expansion NWFA teams with little experience.  Eleven Divas players joined the NWFA All-Stars’ roster, and the Divas also contributed several coaches to the team, including head coach Ezra Cooper. 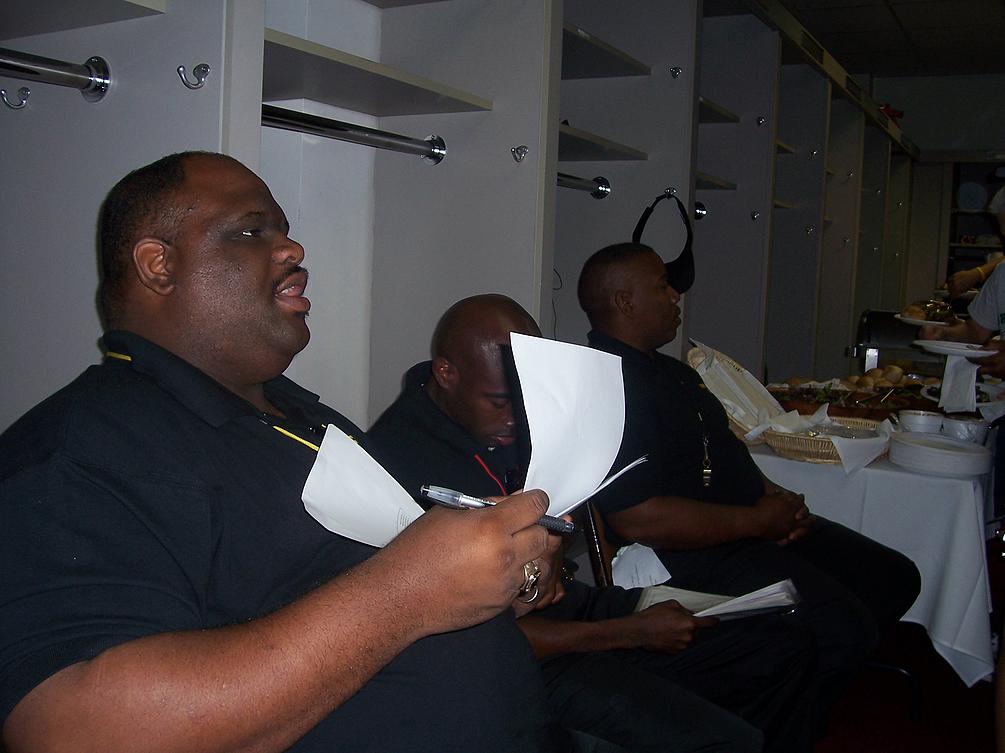 The 11 D.C. Divas players who participated in the 2005 Gender Bowl were:

The men’s team named themselves the Los Angeles Warriors and were coached by Larry Brown, a former Super Bowl MVP with the Dallas Cowboys. Just 24 hours before the game was to be played, the Warriors were finally informed that they were going to be taking on a women’s team. The two teams met in appropriately dramatic fashion, where the Gender Bowl producers cast the women in a somewhat unsympathetic light by having them engage the Warriors in a camera-ready bout of trash talk. 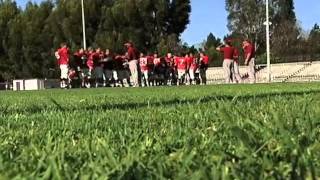 The Warriors, on the other hand, were aghast at the thought of playing women based on the following quotes:

Male player: “We’re not suiting up to play synchronized swimming with the women, you know? Why can’t football just be for men?”

Male player: “Women don’t understand football because genetically they weren’t made up that way.”

Men’s assistant coach: “This is our game. This is our sport…always has been. If we lose this game, we are forever gonna be known as the guys who let women in…what’s next?”

What’s next, of course, was the actual game.

The Los Angeles Warriors took on the NWFA All-Stars at the L.A. Coliseum on Tuesday, August 23, 2005, at 7:30 PM. Raatz brought in his Blind Date host Roger Lodge to serve as the game’s play-by-play announcer. Krystal Fernandez, a sports reporter for Fox Sports Radio in Los Angeles, was the sideline reporter. 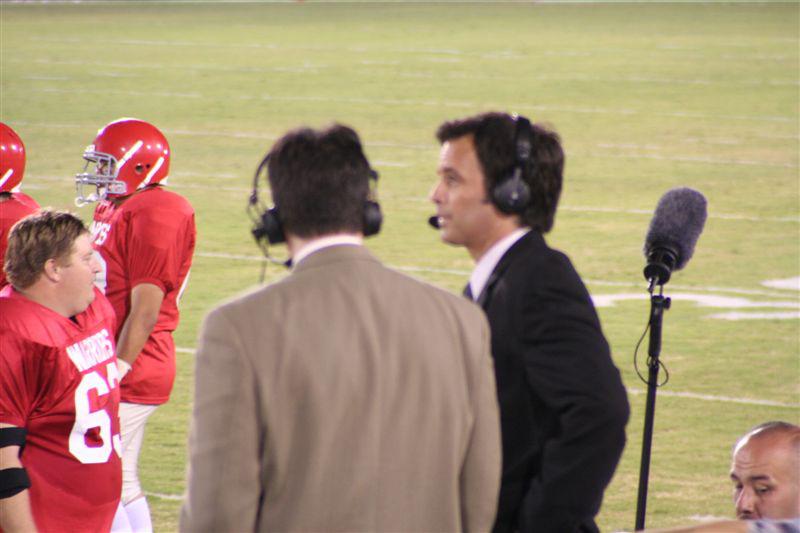 The game itself was a low-scoring defensive battle. The men got on the board first with a touchdown, and as the game wound down in the fourth quarter, the Warriors were clinging to a 6-0 lead. The All-Stars finally got their offense running, however.  Pittsburgh quarterback Lisa Horton threw the game-tying touchdown pass to the Divas’ Vickie Lucas with under two minutes left to play in the game.

The NWFA All-Stars had tied the game at six, and it looked as though the contest was headed for overtime. But as often happens with reality television, drama was inevitable.

With only a few seconds remaining in the game, a player for the Warriors took the ball and raced toward the sidelines to stop the clock. The All-Stars’ defense let up as the ballcarrier clearly stepped out of bounds, but he then turned up field and ran down the sidelines and into the end zone. The officials allowed the touchdown on the final play of the game to give the Los Angeles Warriors a 12-6 victory over the NWFA All-Stars. 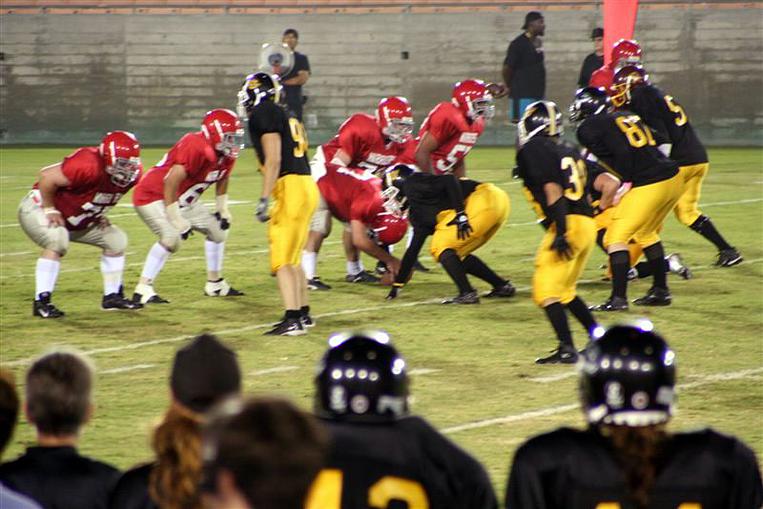 Despite the fact that the entire event was being filmed, there was no instant replay to overturn the glaringly missed call. The controversial ending didn’t temper the Warriors’ bravado, however. After the game, Warriors quarterback Ron Stage declared, “Utmost respect to you ladies, and good luck to you. But like we’ve always said, it’s a man’s game.”

The drama surrounding the end of the game was used by Raatz and the NWFA to promote the documentary and float the idea of a rematch. The league and Raatz hoped Gender Bowl II would take place in Hawaii in September 2006 with the exact same rosters. However, that plan was postponed until 2007 and later scrapped when the D.C. Divas left the NWFA after the 2006 season. 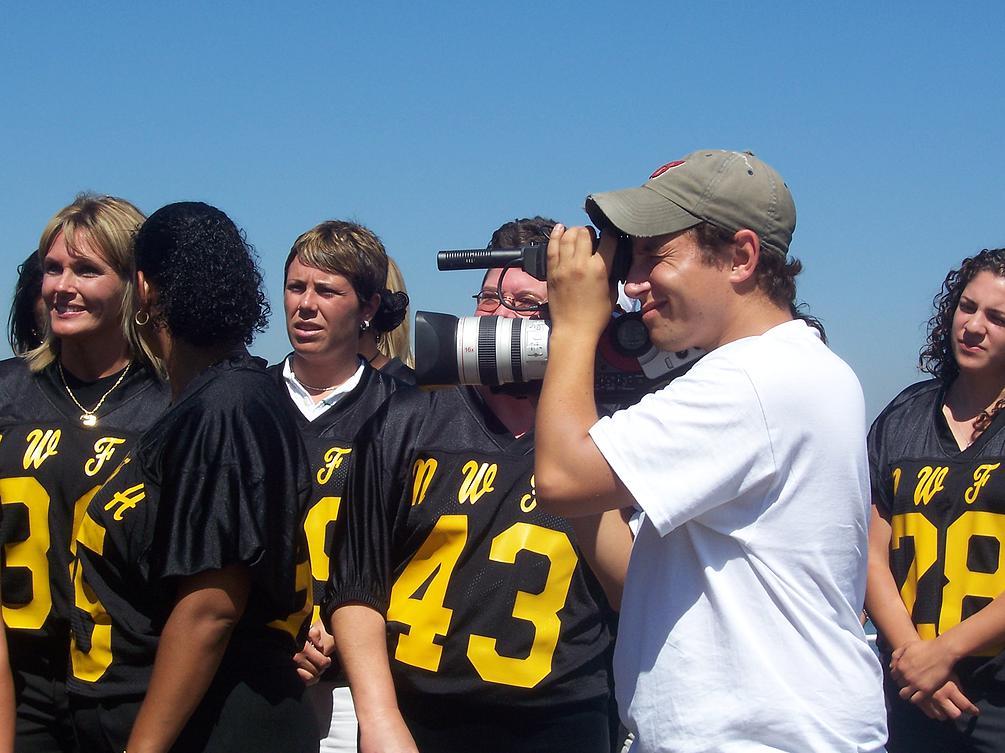 Over a year later, the NWFA signed a broadcasting deal with CoLours TV, a national public service channel on the Dish Network. After receiving publicity in the New York Times, Chicago Tribune, and Los Angeles Times, the Gender Bowl TV movie finally made its debut on CoLours TV on December 30, 2006. The publicity ultimately did little good for either party – the NWFA folded after the 2008 season, and CoLours TV went out of business in 2011.

Perhaps the most lasting effect from the 2005 Gender Bowl was the close association that developed between the players, coaches, and staff of the D.C. Divas and the Pittsburgh Passion, the two teams that made up the majority of the NWFA All-Star team. The Divas and Passion became a tight-knit group as they jointly trained and prepared for the Gender Bowl. Since that time, despite often being rivals on the field, the two organizations have enjoyed close ties for over a decade, a sisterhood that was developed while training for the Gender Bowl.

Today, women’s football stands on its own merits, and women’s teams rarely feel the need to compete against men’s teams in an effort to secure attention or validation. But the 2005 Gender Bowl – a controversial “Battle of the Sexes” – remains a memorable chapter in the long-running history of women’s football.